A New Toy and First Article Board Clips

I just picked up the first article inspection board clip bases on Wednesday.  They look and feel a lot nicer than the prototype versions we’ve been using the last two years.  The base is a really simple part, but a lot of thought went into making this a cost effective part.  In the picture below you can see the difference between the prototypes and the production bases.  The protos are CNC’d aluminum with a lever mount attached with M4 screws.  The production is a cleanly bent piece of stainless steel, prettier and stronger!

We’ve had some questions about the lever and loop rattling around while in tour mode.  To prevent rattling the lever base tabs interfere slightly with the lever to create a small amount of resistance, there is also a foam damper on the underside of the lever to prevent the loop from rattling. 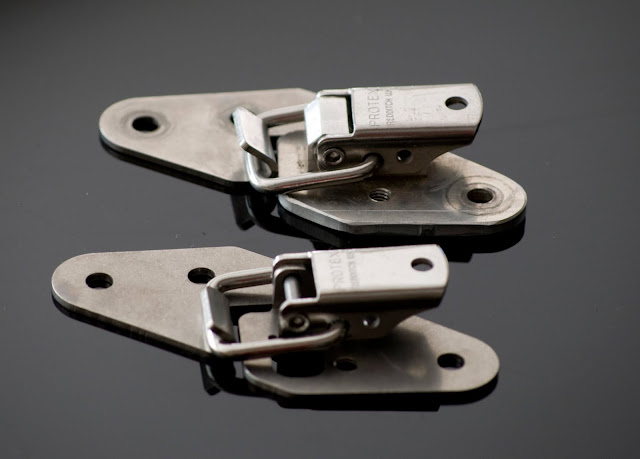 Last but not least, we just picked up a CNC Router to run our heel cups, crampons and other miscellaneous sheet parts. 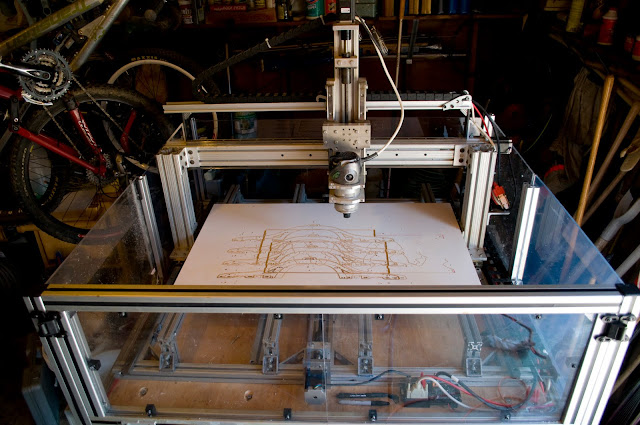